A Trip to France

Even though I live in Europe and we have several countries "nearby", I haven't visited many countries. I've been to Belgium several times (which is closer to where I live than some Dutch places), I visited Spain when I was 7 years old and I went to France when I was 9 years old. That's it. Oh, and we drove through Luxembourg on our way to France, back in 2007. But I guess that doesn't really count as seeing a country, does it? Until recently I hadn't been to Germany, either. But last month my sister Sasja and I went there for the first time. We went there for a concert and stayed in a hotel for one night. My sister did a short blogpost about the trip on her blog. I may also tell you my version of the story on here. But I'm saving that story for another time.

I was still a little girl when I went to France and Spain. We were there for a week and I spent all my time in the pool that was in the yard of the villas we rented. I didn't pay a lot of attention to the surroundings, although those were utterly beautiful. Anyway, this week I had the chance to see the French countryside again.

My sister Sasja, Bert from BN Agenturen, Monique from Mo & More and I traveled to Rougnat, a small township on the French countryside in Creuse. We went there to see the Fonty yarn factory. It was a really nice trip and we had a lovely time. We got a tour around the factory and the whole process of making yarn was explained to us, which was very interesting. The cool thing is that Fonty does everything in their own factory. They're one of the last spinning and dyeing factories in France. They have a great philosophy, use mainly natural fibers and their yarns are absolutely fabulous. I never knew so much work went into one skein of yarn!

The factory was located on the countryside, some might call it the middle of nowhere. It's on the banks of the river The Cher and looks very authentic. The surroundings where stunning and I enjoyed the landscapes both in Rougnat and in the car. It was very quiet (no traffic noises!) The weather was great, the fields looked peaceful and the hills were majestic. My sister Sasja is quite the photographer, but I also snapped some pictures myself (although I was busier taking it all in with my own eyes).

That night, Sasja and I went to a small village nearby the hotel where we bought some snacks at a boulangerie and had pizza in a tiny pizzeria. We stayed in the hotel for one night, and I slept like a baby. I hadn't slept at all the night before, because we drove all night before having the tour in the morning. So as you can imagine, I was exhausted. The next morning we had breakfast in the hotel at 6.30 and drove back home. I was the champ of that long haul drive - all 800 kilometers! Traffic wasn't too bad, we only ran into a traffic jam near Paris. We got home around 6.30pm and after all the driving and the excitement, I was pretty tired and took the night to recharge.

I'm grateful I had the opportunity to go on this trip. I'm also grateful for the fact that I have a whole new appreciation of yarns, after seeing how much love, work and time goes into producing it! 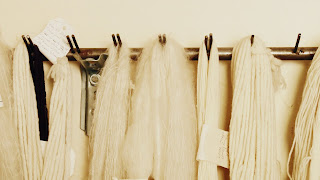 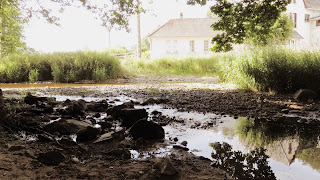 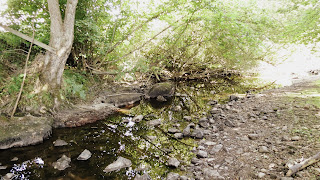 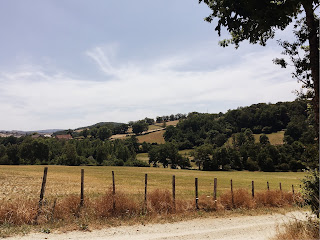 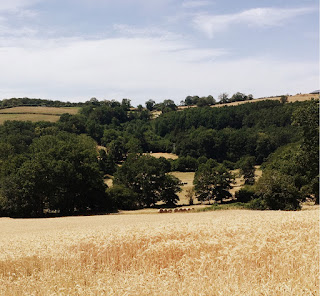 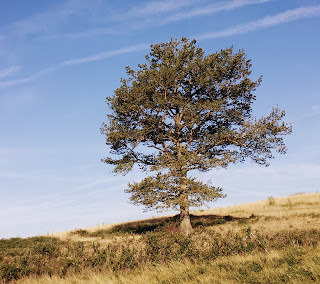 Welcome to the Journey

Welcome to my blog and thank you for checking out my little corner on the web.
To be honest, I've been thinking about starting a blog for years. I like to think I'm an active member in the yarn community and I love checking all the lovely blogs which are owned by my fellow creatives. Those blogs are beautiful and inspiring. However, I guess I never felt inspired enough to actually start my own blog. I always felt like my stories would be too boring and uninteresting. I don't live a very adventurous life and I feared I wouldn't know what to write about. My introverted tendencies also conflict with sharing personal stuff with people I don't really know. I am outspoken and have a strong opinion, but that is not always appreciated by everyone. And yet, here I am. Blogging.

So why did I actually create this blog, anyway? It's hard, and maybe impossible, to pinpoint an exact reason. I don't expect I'll post personal stuff on here. That's not me. I don't really like social media and exposing my life on the web. My favorite thing about Instagram is that I'm able to focus on what I design and create instead of focussing on myself what I do in life. I plan on keeping things that way, in order to protect my personal space.

However, Instagram doesn't really provide me with an opportunity to actually tell stories. And even though I am a private person, I'd love to share some of my stories with you. Maybe no personal stories, but I would love to tell you about the time I had a unique opportunity and visited the Fonty yarn factory on the French countryside. Or maybe about the time when I collaborated with Wool and the Gang for their Beginner Campaign. And maybe just a short story about what sparked the inspiration for my latest design...